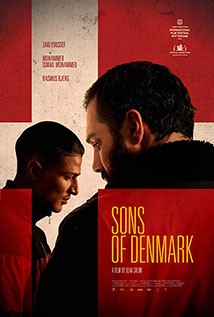 Denmark four years into the future. After a major bomb attack in Copenhagen, radicalization and ethnic tensions are running high, and a racist leader is leading the polls.

The next election is on the doorstep, and the strongly nationalist politician Martin Nordahl (Rasmus Bjerg) from the newly established party National Movement is predicted a historic landslide victory that can secure him the Prime Minister's post. The 19-year-old Zakaria (Mohammed Ismail Mohammed) moves slowly but surely onto a radical and dangerous track that can cost him and his family everything. On his way, he meets (Ali Zaki) Youssef, who fights his own battles and bears a deadly secret. While counting down to the most important choice in Denmark in recent times, Zakaria and Ali are forced towards a decisive decision that will have consequences for everyone. (Subtitles)