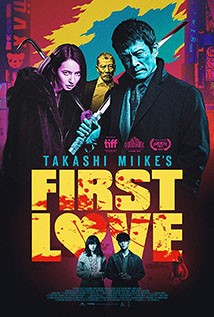 A blend of comedy, violence, and romance might seem disparate - but for director Takashi Miike, it's just another wildly entertaining entry in a filmography full of them.

The film revolves around promising young orphaned boxer Leo (Masataka Kubota) and hallucination-prone prostitute Monica (Sakurako Konishi), who unwittingly find themselves in the middle of a complex game between the Yakuza and their Chinese rivals. When Miike does slow pace down, he creates space for a tender romance to bloom between Leo and Monica, two innocents amid the gunplay and swordplay going on around them. A first-rate cast, dynamic action, slapstick comedy and a cool animated sequence. Think ‘Kill Bill’ meets ‘Baby Driver’ as this carnage of chaos proves to be wildly entertaining.