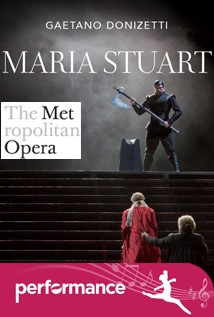 Star mezzo-soprano Jamie Barton is her imperious rival Queen Elizabeth I, and the silken-voiced tenor Stephen Costello is the noble Earl of Leicester. Maurizio Benini conducts Sir David McVicar’s handsome production. For all the beauty of its orchestral writing, Maria Stuarda is a prime example of the mid-19th century bel canto style—the drama is firmly embedded in the vocal parts. A notable curiosity of the score is the wide range of casting possibilities for the two leading ladies: either role can be (and has been) sung by a soprano or a mezzo-soprano. Much depends on the contrast of the voices, especially in the great confrontation scene at the end of Act I. Sung in Italian with English subtitles.