The Power of Film 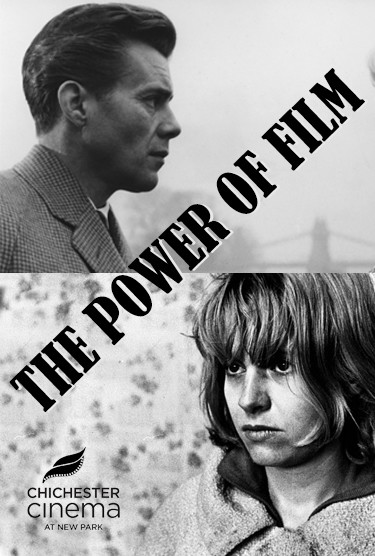 Films which influenced public opinion and the law

The event will be led by Rosemary Coxon and the Cinema Education Team and, to assist with the delivery of the programme, we welcome as guests: law students from Bishop Luffa school and the University of Chichester, representatives from Stonepillow and local law firms, and John Coldstream, the official biographer of Dirk Bogarde – the star of the film 'Victim'.

These guests will play an active part in the programme.

We will look in detail at clips from two films which were outstanding in their day for bravely and  explicitly tackling the laws of the time and influencing public opinion.

This film was a landmark in the history of cinema and British society. It fearlessly tackled the existing law governing homosexual offences and, by doing so, eased the path towards partial decriminalisation of homosexuality in 1967. It was also marks a brave decision on the part of the star of the film, Dirk Bogarde, who shed his matinee idol image to take on the main part in the film – a barrister with the thriving career who is being blackmailed because of his personal life.

Controversial, moving and brilliantly acted – this film is arguably the most influential TV drama ever broadcast. Watched by 10 million people the film provoked major public and political discussion and was instrumental in the foundation of the charities 'Shelter' and 'Crisis'. The film tells the story of Reg and Cathy a couple with 3 young children whose lives are spiralling into poverty. Gripping and emotional, it remains a truly ground breaking film, engaging viewers with social issues which changed the law such as the right of families to stay together and mothers to keep their children.