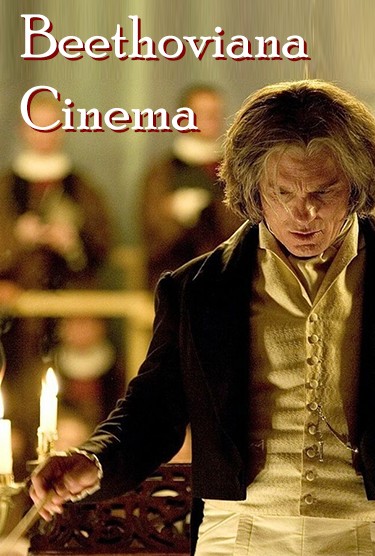 An illustrated talk by Patrick Hargood, Deputy Education Officer at Chichester Cinema, to mark the 250th anniversary of the birth of Beethoven (postponed from last year), which will explore the ways in which the composer’s music has been used in films.

From Disney’s 'Fantasia' to Kubrick’s 'A Clockwork Orange', a diverse range of filmmakers has used the music of Beethoven for a variety of purposes, most commonly inside the narrative, as when Alex in Kubrick’s film plays his LP of the Ninth Symphony, or when Bette Davis plays the Appassionata Sonata in 'Deception', but also occasionally to create a mood, such as Peter Weir’s use of the 'Emperor Piano Concerto' in Picnic at Hanging Rock.

There have also been several notable biopics, including 'Immortal Beloved' with Gary Oldman and 'Copying Beethoven' with Ed Harris. Using a range of clips, I will be exploring how these pinnacles of early 19th Century European culture have been incorporated into a very different cultural context - the cinema of the 20th and 21st centuries.

A fitting homage - or enough to make Beethoven roll over?