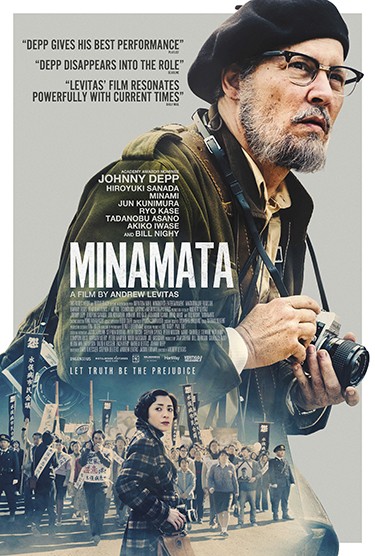 In documenting what came to be known as Minamata disease, Smith showed the world what toxic chemicals were doing to a community, paving the way for a different kind of war, one of personal political activism carried forward by Andrew Levitas’ impressive look at this high-impact last-act triumph in Smith’s career. The drama finds him in his declining years, drunk, depressed, impossible to work with – and of course ripe for redemption. By chance, he finds himself befriended by Japanese-American Aileen (Minami Hinase) who alerts him to an environmental atrocity in Japan that he could do something about, if he chose to rouse himself from his grumpy self-indulgent ennui. A forthright, heartfelt “issue picture that may well restore Depp’s reputation.