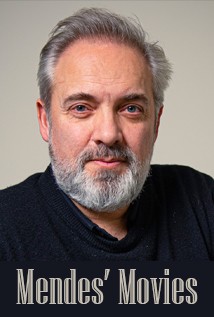 Have you seen '1917'? Did it remind you of the versatility of the director and did it make you think back to other famous films he directed? Of course we are talking of Sam Mendes and, whether or not you have seen '1917', we are offering you a chance to attend a talk in the New Park auditorium which gives you a close up and personal look at the fascinating director.

Sam Mendes exerts his influence on stage – think 'Cabaret', 'Gypsy' and 'Oliver' – but for Sir Samuel Mendes CBE, named in the Telegraph as one of the most powerful people in British culture, probably his greatest achievements are in film. Sam made his auspicious feature film debut with 'American Beauty', a dark satirical and ultimately revelatory vision of suburban discontent – a theme to be echoed later in his film 'Revolutionary Road' with Leonardo de Caprio and Kate Winslet, Sam’s then wife. But he was not one to stick to the tried and tested as evidenced by 'Road to Perdition', 'Jarhead', 'Out of the Ashes'  and the Bond films – 'Skyfall' and 'Spectre.' With an Academy Award and two BAFTA best director awards, Sam definitely deserves a closer look.

In this talk, we will take a closer look at of some of his best and lesser known films, with, of course, lots of clips. Please join Rosemary Coxon, the Cinema’s Education Officer, for a fascinating ride through Mendes’ Movies.