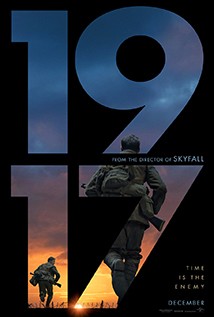 Sam Mendes (‘American Beauty’, Skyfall’) returns with an all-star WWI film, accomplished with long takes and elaborately choreographed moving camera shots to give the effect of one continuous take.

Two young British soldiers, (George MacKay and Dean-Charles Chapman) are given a seemingly impossible mission to cross enemy territory and deliver a message which will warn of an ambush soon after Operation Alberich. The mission will stop a deadly attack on a British battalion of men - including the brother of one or the men two men. Cast includes Benedict Cumberbatch, Mark Strong, Richard Madden and Colin Firth.