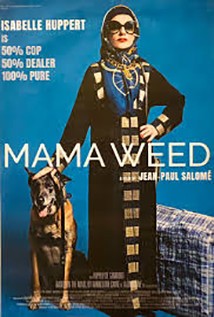 A crackerjack performance from Isabelle Huppert with one of her most relatable characters - a police translator turned drug dealer.

A French-Arabic police translator specialises in phone tapping for the anti-narcotics unit. One day, while listening to wanted drug dealers, she discovers one of them is the son of the fantastic woman who takes care of her mother. She decides to protect him and is brought into the middle of a drug network. When she gets her hands on a huge load of hash, with the help of her new partner, the former police dog called DNA, she seizes the opportunity and becomes “Mama Weed”, drug wholesaler. (Subtitles)