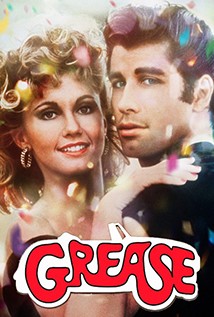 This energetic musical with infectiously catchy songs and an ode to young love that never gets old is the perfect drive-in film to launch the Chichester Drive-In.

1950s teens Danny (John Travolta) and Australian transfer Sandy (Olivia Newton-John) spend their "Summer Nights" falling in love, but once fall comes, it's back to Rydell High and its cliques. As one of the bad-boy T-Birds, Danny has to act cool for best pal Kenickie (Jeff Conaway) and their leather-clad mates Sonny (Michael Tucci) and Doody (Barry Pearl, in the role Travolta played on-stage). Despite befriending Frenchy (Didi Conn), one of the rebel Pink Ladies, virginal Sandy is "too pure to be Pink," as the Ladies' leader, Rizzo (Stockard Channing), acidly observes. Declaring their devotion in such ballads as "Hopelessly Devoted to You" and "Sandy," Sandy and Danny split, reconcile, and split again amidst a pep rally, dances, drive-ins, and a drag race, before deciding "You're the One That I Want" at the climactic carnival.  What makes the film work is its youthful vitality, the tremendous energy and imagination expended on its virtually wall-to-wall song and dance number.