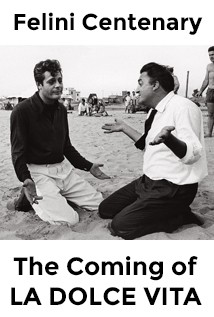 As part of our celebrations of 100 years since the birth of Federico Fellini we are delighted to welcome Professor Emeritus Richard Dyer, formerly of Kings College London, who will present a talk on Fellini’s ‘La Dolce Vita’ which we are screening in January.

Professor Dyer is a renowned specialist in Italian cinema and has been widely published, including as author of the book of the film in the BFI Classics series.  The talk will explain the phenomenon that is ‘La Dolce Vita’.  Much of the film’s notoriety arose from the inclusion of real people and media stories of the time, mediated though the actions of journalists, press photographers and publicists. The film reworks these stories and events, transforming them for public consumption in a manner similar to the media itself – but does it present a bleak perspective that nothing in the media is as it seems, or an exuberant view that the film, and the world, is just fun? 120m