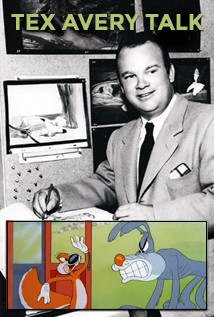 A celebration of his short animated films by Patrick Hargood, illustrated by clips from his masterpieces, including ‘Red Hot Riding Hood’, ‘Screwball Squirrel’ and ‘North-West Hounded Police’.

The antithesis of Walt Disney, Tex Avery came to prominence at Warner Bros in the 1930s where he worked on the first films featuring Bugs Bunny, Daffy Duck and Porky Pig. But it was at MGM in the 1940s and 1950s that his surreal, manic humour was given full rein. In ‘Red Hot Riding Hood’, Little Red Riding Hood becomes a nightclub singer and the wolf is forced to flee from a sexually voracious Grandma. This is a subversive world of extremes, where gag follows gag at breakneck speed, narrative conventions are overturned, and the fourth wall is regularly broken. 120m

Please note: all ages are welcome to this talk, but some may find the content unsuitable for younger children.