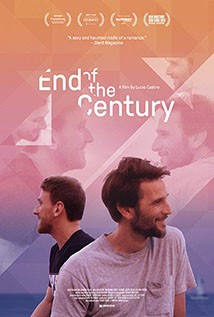 Two men meet in Barcelona and after spending a day together they realize that they have already met twenty years ago.

When Ocho (Juan Barberini), a 30-something Argentine poet on vacation in Barcelona, spots Javi (Ramón Pujol), a Spaniard from Berlin the attraction is subtle but persistent. After a missed connection on the beach, a third chance encounter escalates to a seemingly random hook-up. But are these two merely beautiful strangers in a foreign city or are they part of each other's histories - and maybe even their destinies? This can be seen as the gay equivalent of Richard Linklater's ‘Before’ trilogy, distilled into a single film.