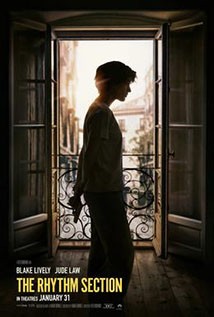 After a plane crash kills her family, a woman seeks revenge against the people who caused the tragedy.

Stephanie Patrick’s (Blake Lively) world is turned upside down when an airplane with all her loved ones aboard crashes with no survivors. Devastated, she turns to drugs and prostitution - until she learns that the crash wasn’t an accident, but an act of terrorism. Filled with rage, she joins a questionable intelligence organization that requires she take on new identities to carry out even more questionable assignments. The catch: after she completes her assignments, she’s been promised the opportunity to take out the terrorists who brought down the flight that killed her loved ones. Reed Morano, a director on the outstanding ‘The Handmaid’s Tale’ takes the helm.