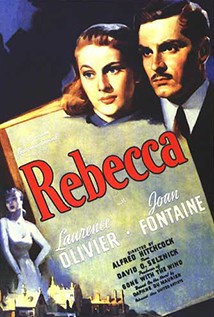 The second Mrs. de Winter (Joan Fontaine) is a shy and naive young woman, besotted with charming Maxim de Winter (Laurence Olivier). They meet and fall in love on the Riviera, and after a speedy marriage, return to Maxim's vast English estate. His wife is introduced to an army of servants who immediately, if subtly, display hostility towards her, as they all adored Rebecca, Max's first wife. The second wife grows more fearful, until she eventually learns the secret of what really happened to Rebecca.

Screening in conjunction with Chichester Festival Theatre’s ‘My Cousin Rachel’ (also written by Du Maurier), for which we are offering a backstage tour of the set at 11:30 preceding the screening of ‘Rebecca’.