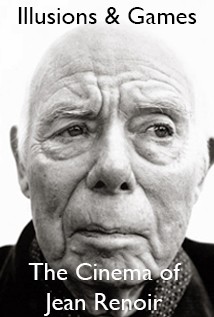 The Cinema of Jean Renoir

‘The greatest of all directors.’ Orson Welles

In 2012 much was made of the dethroning of ‘Citizen Kane’ from the top of Sight and Sound’s decennial critics’ poll of the greatest films ever made, by Hitchcock’s ‘Vertigo’. Inevitably, perhaps, little notice was taken of the film in fourth place, ‘The Rules of the Game’, directed by Jean Renoir, which received 100 votes. On the 40th anniversary of his death there will be a rare screening of Jean Renoir’s classic short film ‘A Day in the Country’, followed by a talk which will explore the qualities that made Renoir such a highly revered filmmaker, using extracts from films such as ‘La Grande Illusion’, ‘The Crime of Monsieur Lange’ and ‘The Rules of the Game’. The talk will be led by Patrick Hargood (Cinema Education). 165m