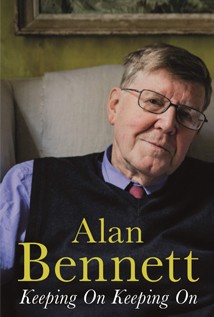 Keep on Keeping on:

A Tribute to Alan Bennett

It is hard to pigeonhole Alan Bennett, and correspondingly easy to undervalue his achievements. Although one of the most recognisable writers of his generation, his unassumingly owlish persona and fondness for self-deprecation has created the impression of a lovably eccentric minor talent, whose amusingly droll plays about elderly Northern women (typically played by Thora Hird) and fusspot secretaries (Patricia Routledge) are merely one step up from sitcom. The idea that he might be the most important and innovative British television playwright initially seems laughable.

But it's hard to think of a stronger contender. His prolific output includes individual television plays, television series and cinema films, together with numerous stage works, short stories, assorted journalism and his inimitable diaries.