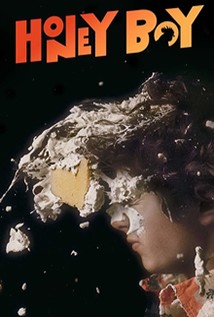 A young actor's stormy childhood and early adult years as he struggles to reconcile with his father and deal with his mental health.

From a screenplay by Shia LaBeouf, based on his own experiences, we follow Otis Lort (Noah Jupe and Lucas Hedges), navigating different stages in a frenetic career. LaBeouf takes on the daring and therapeutic challenge of playing a version of his own father, an ex-rodeo clown and a felon.

Director Har'el's feature narrative debut is a one-of-a-kind collaboration between filmmaker and subject, exploring art as therapy and imagination as hope. This is on-screen healing, and you feel LaBeouf putting his soul into every word he wrote and every line he delivers. Jupe as the young Otis, gives what is probably the best child acting performance of the year – perhaps only rivalled by Helena Zengel in ‘System Crasher’ (also screening this season).