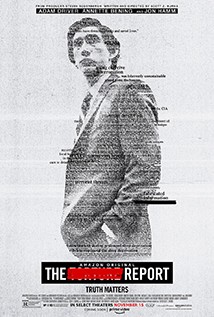 The story of Daniel Jones (Adam Driver), lead investigator for the US Senate's sweeping study into the CIA's Detention and Interrogation Program, which was found to be brutal, immoral and ineffective.

The best heroes are often the ones behind the scenes who seek no glory and just strive to make a change for the greater good. With the truth at stake, Jones battled tirelessly to make public what many in power sought to keep hidden, focusing on the practices of the CIA with terror suspects in the aftermath of 9/11.

However, the CIA is not about to have its reputation and influence besmirched. Keeping a grounded sense of reality but also a fast-paced approach to a story that spans countries and times is a real testament to Burns’ approach here, which is anchored by that star turn from Driver, who is making a case as one of the best actors that Hollywood has got.