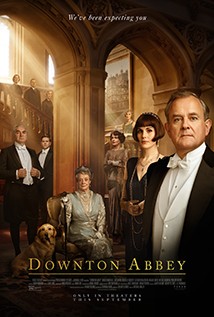 The continuing story of the Crawley family, wealthy owners of a large estate in the English countryside in the early 20th century.

This worldwide phenomenon written by Julian Fellowes has become a grand motion picture event, as the beloved Crawleys and their intrepid staff prepare for the most important moment of their lives. A royal visit from the King and Queen of England will unleash scandal, romance and intrigue that will leave the future of Downton hanging in the balance. The A-list cast is led by Hugh Bonneville, Maggie Smith, Imelda Staunton and Elizabeth McGovern, ably assisted by Matthew Goode, Tuppence Middleton, Michelle Dockery, Joanne Froggatt and Brendan Coyle.