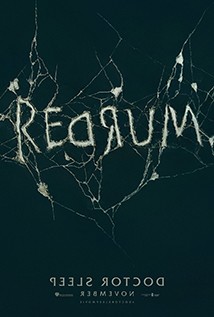 Based on the 2013 novel by Stephen King, this is the continuation of Danny Torrance's story 40 years after the terrifying events of ‘The Shining’.

Still irrevocably scarred by the trauma he endured as a child at the Overlook Hotel, Dan Torrance (Ewan McGregor) has fought to find some semblance of peace. Living alone, and with his old invisible friend Tony his only source of companionship, Danny finds the past coming back to haunt him as he discovers that he perhaps isn’t as alone as he thought.

He encounters Abra (Kyliegh Curran), a courageous teenager with her own powerful extrasensory gift, known as the "shine." Instinctively recognizing that Dan shares her power, Abra has sought him out, desperate for his help against the merciless Rose the Hat (Rebecca Ferguson) and her followers.