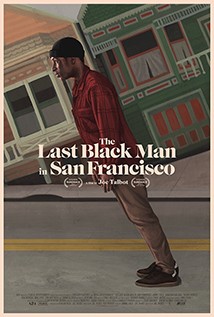 This critic’s favourite is a poetic and picturesque ode to the title city, to friendship and to the universal urge to find a place to call home.

Jimmie Fails (as himself) dreams of reclaiming the Victorian home his grandfather built in the heart of San Francisco. Joined on his quest by his best friend Mont (Jonathan Majors), Jimmie searches for belonging in a rapidly changing city that seems to have left them behind. San Franciscans to the core, the two draw upon Fails’ family memories, blending images and music for a bittersweet tribute to their hometown via the disputed ownership of the house in question. Though Fails’ character bears his own name and the picture is autobiographical, this is not a documentary. Fails and co-screenwriter Rob Richert have embroidered on his experiences to create a story that melds realism with make-believe. A beautiful film.