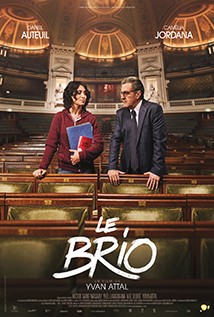 A brilliant professor (Daniel Auteuil) known for his provocative behaviour, is forced to mentor a student preparing for a contest, in this punchy comedy.

As a young woman growing up in the Paris suburbs, Neïla Salah (Camélia Jordana) dreamed of becoming a lawyer. Enrolled at the renowned Assas Law School in Paris, on her first day she runs up against Pierre Mazard (Auteuil), a professor known for his misconduct. To redeem himself, he agrees to prep Neïla for a prestigious public speaking contest. Cynical and demanding, Pierre might become the mentor she needs... But to do that, both of them will have to rise above their prejudices. Attal laces the action with a fair amount of comedy while providing a duo of well-observed lead characters who never turn into caricatures of the bitter bigoted intellectual or striving inner-city student. (Subtitles)