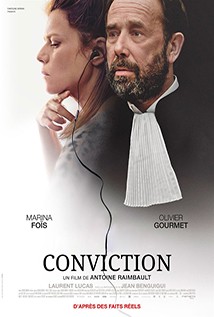 Antoine Raimbault has crafted a nail-biter of a courthouse thriller whose story is based on the murder trial of Jacques Viguier.