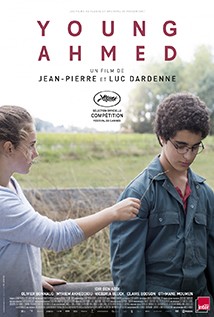 Belgium's Dardenne brothers take a controversial turn in this portrait of a radicalised Muslim teen.

Ahmed (Idir Ben Addi) has developed a dangerous connection with a militant imam (Othmane Moumen). At school, Ahmed refuses to shake the hand of his teacher Inès (Myriem Akheddiou) because she’s a woman, while at home, he tells off his white mum (Claire Bodson) in Arabic, for drinking alcohol. The boy finds himself caught between his imam's ideals of unity and life's temptations. (Subtitles)