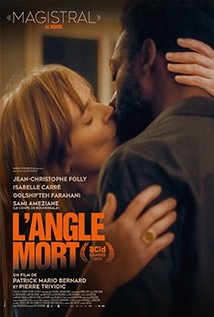 A music store employee discovers he has been born with the ability to render himself invisible in this anti-superhero blast.

This is a refreshingly pessimistic take on a genre that’s dominated Hollywood for nearly two decades. Down-and-out Dominick (Jean-Christophe Folly) has a touch-and-go relationship with his affable girlfriend, Viveka (Isabelle Carre). As Dominick’s power becomes harder to control, things heat up with Elham (Golshifteh Farahani), a beautiful, blind musician whom Dominick had previously spied on while invisible. (Subtitles)