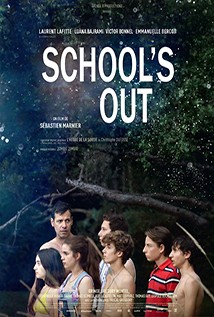 A high school teacher throws himself from the classroom window before the terrified eyes of his students. Six of them remain oddly unemotional.

New substitute teacher Pierre (Laurent Lafitte) notices the hostile behaviour of this close-knit clique, becomes obsessed and is quickly sucked into their sinister game. His life soon turns into a nightmare as the total separation and wall of misunderstanding between the generations intensifies. The film cleverly flirts with genre conventions, without ever truly becoming a horror film. (Subtitles)