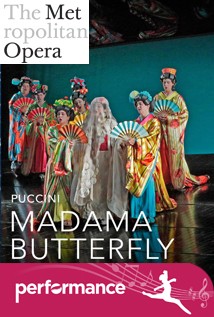 Leading sopranos Hui He and Ana María Martínez share the heart-breaking title role of the doomed geisha, with tenors Piero Pretti and Andrea Carè as the American naval officer who abandons her. Please note that Placido Domingo has withdrawn from all Met appearences. He will be replaced by American tenor Andre Care.