THE LADY IN THE PORTRAIT 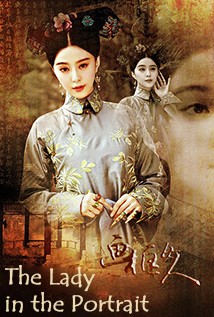 The colours blend beautifully together, as do the exquisite sets and costumes, in this East-meets-West historical drama. A depiction of a French painter toiling in the imperial court of Qianlong Emperor, who ruled China throughout much of the 18th century.

This is another chance to see this wonderful film, originally previewed at New Park in last year's French Film Festival on Tour.