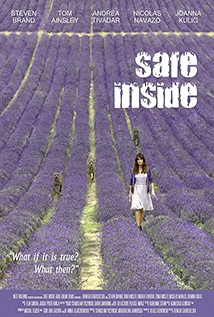 A thriller about the power of the human brain… and love. Instead of asking: Is it possible? Is it true? We could ask: What if it is true? What then?

A young American couple, Ana (Andrea Tivadar) and Tom (Tomas Ainsley), are travelling across France. They don't come from money, so when Richard (Steven Brand) hires them to work on his estate, it feels like a dream come true. In the following days, the dark secrets of the property and its owner start coming to light. One day Tom makes a discovery, which may be more than he can handle. Ana is forced to accept the truth, which will change her forever. Because the worst part isn't the dream itself. It's waking up.