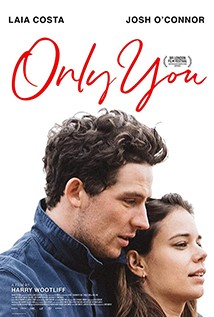 Two people meet by chance on New Year’s Eve, arguing for the same taxi. However, instead of going their separate ways, they start a passionate relationship.

There is enormous tenderness and sensuality in the lead performances: from Spanish actor Laia Costa, (‘Victoria’) and from Josh O’Connor, (‘God’s Own Country’). They are respectively Elena and Jake: she is working in arts centre administration and he is a postgrad student doing research in marine biology. They meet in an almost Richard Curtis-like romcom moment, and after a white lie, their relationship blooms. But, as the seasons pass, reality catches up with them. Falling in love was the easy part. This sad, tender and gloriously sexy love story has been lauded by the critics.