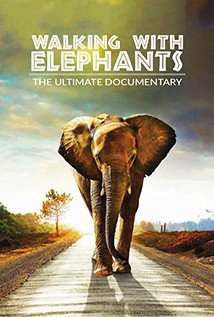 Beautifully photographed documentary exploring the problems of the impending extinction of elephants in Africa.

‘Walking with Elephants’ is a film about the environmental and human impact – land and water - on the elephants of Africa today while they face impending extinction within 30 years if measures are not taken to protect them by US. The film spans 10 countries in Africa from South Africa, Botswana, Nambia, Zimbabwe, Swaziland, Zambia, Tanzania, Rwanda, Uganda and Kenya. The ever-increasing population of Africa and its need for land and water will make the elephant extinct.

Strikingly filmed with some spectacular landscapes, in the tradition of Discovery Channel films and David Attenborough, although on a more limited budget, independently made. Attractive soundtrack.