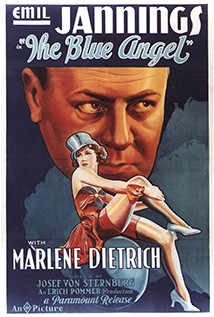 One of the first German language sound films, and the picture that represents the initial collaboration between Josef von Sternberg and his immortal muse, Marlene Dietrich.