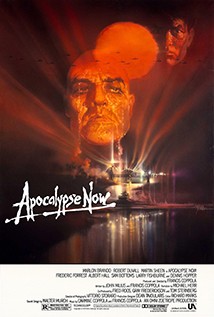 To celebrate the 40th anniversary of the Oscar-winning Vietnam cult war epic, Studiocanal will release in cinemas a special, never-before-seen cut, restored with breathtaking realism for a truly visceral cinema experience.

Forty years after its original release, audiences will get the chance to experience ‘Apocalypse Now Final Cut’, a never-before-seen and newly restored cut of Coppola’s spectacular cinematic masterpiece in a way which the director believes “looks better than it has ever looked and sounds better than it has ever sounded”. Coppola is “thrilled beyond measure to present the best version of the film to the world”. The film follows Army Captain Willard (Martin Sheen), a troubled man sent on a dangerous and mesmerizing odyssey into Cambodia to assassinate a renegade American colonel named Kurtz (Marlon Brando), who has succumbed to the horrors of war and barricaded himself in a remote outpost. In this epic haunting journey into madness. This multi-award epic also stars Robert Duvall, Dennis Hopper and Laurence Fishburne. Our thanks to StudioCanal for this screening.