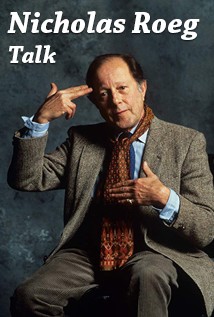 Obsession and Desire in the films of Nicolas Roeg

For the first ten years of his career, Nicolas Roeg was a cinematographer. He was responsible for the breathtaking resplendence of ‘The Masque of the Red Death’ (1964), ‘Fahrenheit 451’ (1966) and ‘Far from the Madding Crowd’ (1967). But then he turned to directing and the invention he brought to those film’s visuals he introduced to the way that his own films were made. This talk will investigate how Roeg’s style of cinema and exploration of the elasticity of time developed and will highlight its influence over a new generation of filmmakers such as Christopher Nolan. Illustrated talk by Ian Haydn Smith, editor of ‘Curzon Magazine’.