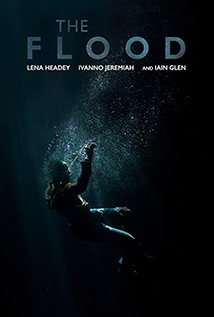 The (misleading) title refers to the flood of immigrants from the Middle East and North Africa making a dangerous and desperate journey towards the UK. This film explores the problems of refugees who want to cross the border in the hope for a better life risking the life they already have. Whether it is by ferry, in a lorry or in a small boat, refugees are trying everything to flee their country… for political, economic or personal reasons. Sadly, most of them get caught or do not survive the trip and even when they arrive in a better country, getting asylum to stay there is almost impossible. For Haile (Ivanno Jeremiah) it seems even more out of reach as he’s seen as a dangerous man after attacking two police officers when he was captured trying to get to the UK. His faith lays now in the hands of the hardened and dedicated immigration officer Wendy (Headey) who’s facing her own family problems. Problems that could cloud her judgment. Our thanks to Curzon Films for this screening.