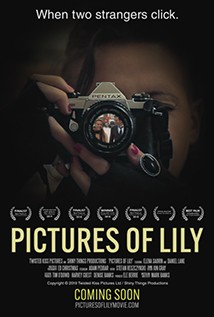 A jaded businessman and a free-spirited woman forge an unexpected bond in a bohemian seaside town.

‘Pictures of Lily’ is an independent film by first-time feature cast and crew, all locally based in Sussex and filmed entirely in Brighton. The film explores the notion that a total stranger could alter your way of thinking, and even your future, significantly. It features, at its heart, a strong female lead and is set against the unique backdrop of our home-town Brighton, which immerses you in its bohemian subculture and music. Director Banks wanted a story that captured loneliness, individuality and that ‘in the moment’ rush of love, but more than a twee story of star-crossed lovers, ‘Pictures of Lily’ attempts to capture the things we fear and desire about being an outsider.