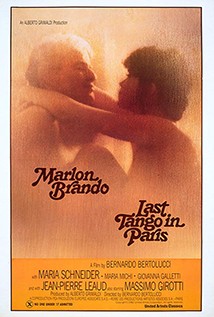 The most controversial film of its era. As scandalous as it is scintillating, Bernardo Bertolucci’s ‘Last Tango in Paris’ still resonates as a landmark in cinematic history, featuring one of Marlon Brando’s greatest performances.

Paul (Brando) is a 45-year-old American living in Paris, haunted by his wife’s suicide. Jeanne(Maria Schneider) is a 20-year-old Parisian beauty engaged to a young filmmaker. Though nameless to each other, these tortured souls come together to satisfy their sexual cravings in an apartment as bare as their dark, tragic lives. A film whose infamy precedes it, ‘Last Tango in Paris’ has always been sold heavily off the back of its graphical content as much as anything else. But that’s always sold the film short. Bernardo Bertolucci’s film is an intelligent, exceptionally well-acted story of two people who are drawn together. It’s a cold, physical relationship they have, testament to the darkness in their respective lives, and the production makes no attempt to present it as anything other than that.