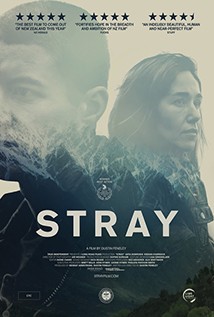 In a cold and remote landscape, two strangers struggle to repair their broken pasts.

A young man is on parole after serving time for attempting to murder the man who killed his girlfriend in a hit and run. A woman is released from a psychiatric facility far from her homeland. These two damaged strangers cross paths in the mountains in winter and fall into a complex intimate relationship, putting to the test their capacity to trust and heal. A hauntingly sparse, self-funded film, ‘Stray’ announces the arrival of a thrilling new voice in Kiwi film-maker Dustin Feneley and provides a fascinatingly austere, powerful portrait of isolation and redemption in the process.