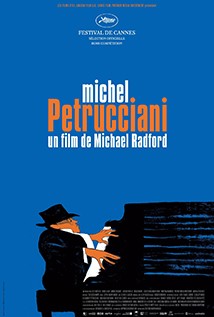 Michael Radford’s documentary about the French jazz pianist is a clear-eyed, non-judgmental portrait of an artist as a permanent young man.

If you only knew jazz pianist Michel Petrucciani through his recorded music, you’d know this was an extraordinary individual. His phrasing, the electricity of his right hand and the cleanness of his improvisations take jazz to the very heights of artistry. But as many jazz aficionados know and Michael Radford’s film will make known to many more, one needs a better word than “extraordinary” to describe this man. For Petrucciani was born in the south of France with osteogenesis imperfecta - or brittle bone disease - that prevented him from growing beyond three feet and subjected him to a life of pain as bones broke constantly, even as he was playing. None of this caused him ever to stop. He lived life in a rush - “I hate wasting time,” he says early in the film - knowing that with his affliction he would not enjoy a long life. Radford has assembled ample footage and interviews with his subject from many friends and other sources along with numerous interviews with colleagues and lovers to pull together a clear-eyed, non-judgmental portrait of an artist as a permanent young man. Here, clearly, is a charismatic, dazzlingly talented individual that lived every moment to the fullest. His 36 years is more like 72 for anyone else.