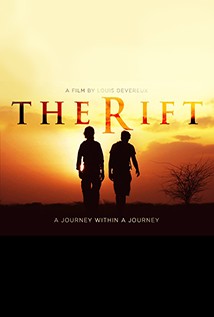 The story of Robert Devereux’s attempt to become the first man to walk the entire length of the Rift Valley, from Beira in Mozambique to the Red Sea in Djibouti.

Spanning 7 months, 6 countries and nearly 6000km, ‘The Rift’ captures Robert’s trek through some of the most extraordinary, breathtaking and barren landscapes in the world. Alongside this physical journey, the film, directed by Robert’s son Louis Devereux, develops into an exploration not only of the African environment, but the landscape of the relationship between father and son. Over the course of their travels together Louis questions Robert’s motives in pursuing this adventure, as well as his role as father and family member. How much is this walk symptomatic of his lifelong need to keep moving and never settle? Is it, in fact, an attempt to walk off the guilt of the affair he had, that twenty years ago broke up the family unit?