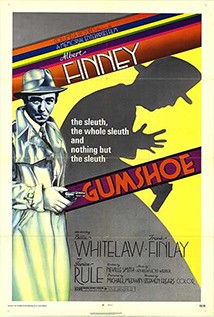 This brilliant feature debut from director Stephen Frears (My Beautiful Launderette) is an affectionate and uniquely British tribute to the Hollywood detective movies of the 1940s.

Starring the versatile Albert Finney as a Liverpool bingo-caller who dreams of being a private eye and then finds himself suddenly contacted for what appears to be an actual piece of detective work. A wonderful, loving comic-tragic, pastiche of Hammett and Chandler written by Neville Smith. Transposing L.A. to Britain could have failed but the inspired use of Liverpool means it actually works. Finney has never been more attractive, and the great supporting cast includes Billie Whitelaw, Frank Finlay, Caroline Seymour, Fulton McKay, and Maureen Lipman, Andrew Lloyd-Webber, delivers an exciting and moving 'forties' soundtrack A delightful offbeat gem!