WOMAN WITH A MOVIE CAMERA 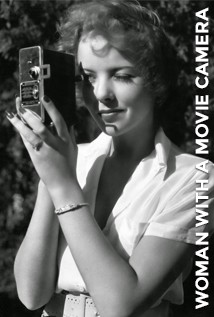 A little-known fact that should be taught in every film school: it was a woman who first realised that cinema could tell stories. In 1896 Alice Guy Blaché pioneered narrative filmmaking, making the first scripted fiction film ‘La Fee aux Choux’.

In cinema’s early years, there were many women working in the film industry. As Lois Weber, a director of hundreds of short films and over a dozen features recalled: “I grew up in a business when everybody was so busy learning their branch of the new industry, no one had time to notice whether or not a woman was gaining a foothold”. Ever since - and despite intolerable gender disparities in cinema’s history - women have continued directing films. This preconception-busting illustrated talk surveys the best of them. It ranges all over the world from the early days of cinema via the Hollywood studio system in the 1950s when Ida Lupino was the only woman directing features to the Czech New Wave of the 1960s with Věra Chytilová’s delirious creations and the emergence of many great directors in the 1990s, such as Jane Campion and Lynne Ramsay. We’ll investigate their craft as directors, what stories about women they focused on that weren’t being told- and what the lengths many of them had to go to maintain their independence – even holding reels of their films ransom from studios.