The Cinema of Ernst Lubitsch 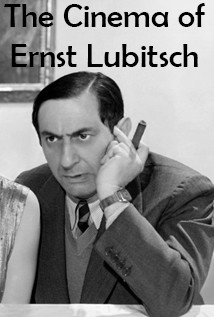 Ernst Lubitsch (1892-1947) was one of the most brilliant film directors in the history of Hollywood cinema. A master of the comedy of manners, Lubitsch was a shrewd and warmly-indulgent observer of the American way of life, love and the battle of the sexes. His skill at dissecting matrimonial discord and concord with exquisite good taste and subtle inflections led to the coining of a new phrase in Hollywood in the 1920s - 'the Lubitsch Touch'.

Born in Berlin at the end of the nineteenth-century, Lubitsch began as a comic actor before rapidly progressing to one of the most sought-after directors of comedies and big-budget historical dramas in 1920s Germany. Snapped up by Hollywood, he established a reputation as a sophisticated European purveyor of moral comedies in the silent era, and then effortlessly made the transition to the sound period with some of the most perfectly-nuanced comedy-dramas ever made.

This two-hour evening seminar, led by our regular Hollywood film historian Nick Smedley, will focus on the sound films Lubitsch made from 1932 untl his premature death of a heart attack in 1947. Featuring wonderful clips from such masterpieces as Ninotchka, To Be or Not to Be and Heaven Can Wait, Nick will guide us through an introduction to the enchanting works of this neglected genius of American cinema.

Whether you're already an aficionado, or you'd like to find out more about him, please join Nick and come and experience the Lubitsch Touch!